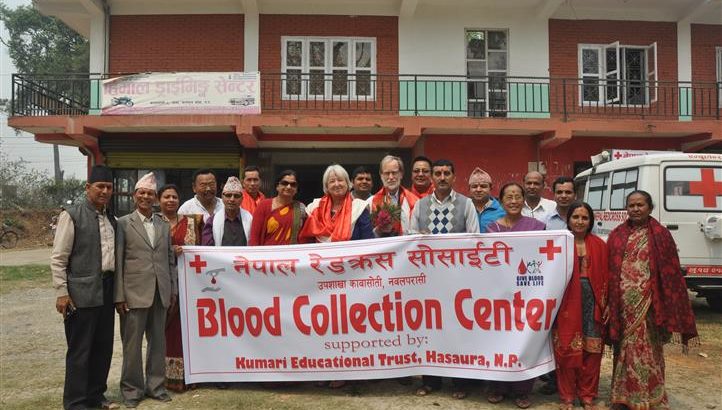 In December of 2010 the Nepalese Red Cross broke ground in Kawasoti for the construction of a blood bank. This was the first blood bank in the district. The project was realised in conjunction with the Tamsarya Foundation and with the co-operation of 37 VDC’s (Village Development Committees). The blood bank opened its doors in 2013, while that year also saw the holding of the first blood donor camp. 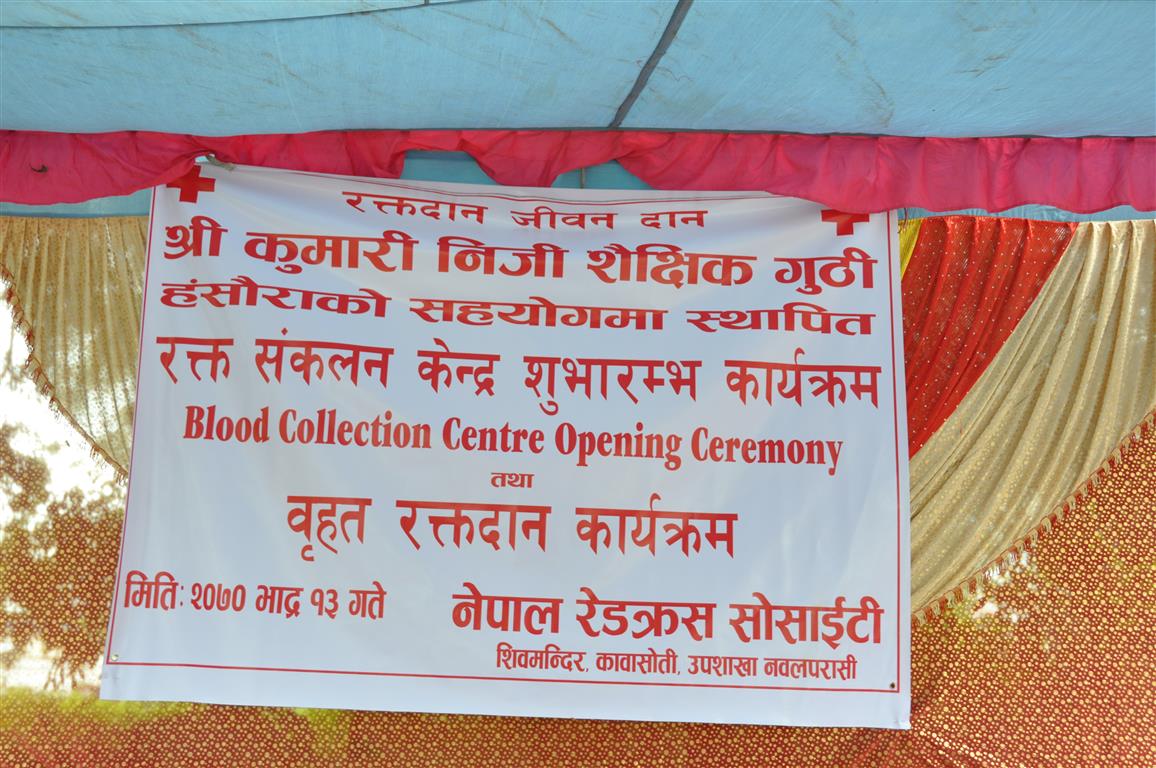